DISSOLUTION OF BRANCH IN VIETNAM OF FOREIGN BUSINESSMAN

Home » Legal advisory
A branch of a foreign trader in Vietnam is a dependent unit of the foreign trader, established and conducting commercial […]
admin2

Through this article, AZLAW will present to customers the procedure for terminating branches of foreign traders in Vietnam.

CASE OF TERMINATION OF BRANCH ACTIVITIES

The branch terminates its operation in the following cases:

ORDER AND PROCEDURES FOR SETTLEMENT OF BRANCH TERMINATION

The procedure for branch dissolution must follow the following steps:

Step 1: The foreign trader applies to termination of branch operations directly or by post or online (if applicable) to the licensing agency.

Step 3: Within 05 working days from the receipt of complete and valid dossiers, the licensing agency is responsible for announcing on its website the termination of the branch’s operation.

Note: The foreign trader and the head person of the branch are jointly responsible for the truthfulness and accuracy of the application for the termination of the branch’s operation.

Foreign traders submit dossiers to licensing agencies. Following the law, the Ministry of Industry and Trade shall grant, re-grant, adjust, extend and revoke the License to establish a branch and terminate the operation of the branch in case the establishment has not been regulated in specialized legal documents.

OBLIGATIONS RELATED TO THE TERMINATION OF THE BRANCH OF ACTIVITIES

In addition to performing procedures for terminating branch operations, foreign traders and branches must publicly declare the operation termination at the branch’s head office and process other obligations as prescribed by law.

Foreign traders whose branches have ceased to operate are responsible for performing contracts, paying debts, including tax debts, and settling all legal benefits for employees who have worked at the branch according to the law provisions.

Procedures for the dissolution of the branch in Vietnam is complicated, time-consuming, and labor-intensive. Therefore, if you have questions about this procedure or need legal assistance, please don’t hesitate to contact AZLAW

PROCEDURES FOR DISSOLUTION OF FOREIGN DIRECT INVESTMENT COMPANY IN VIETNAM 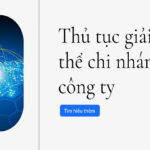 DISSOLUTION OF BRANCH IN VIETNAM OF FOREIGN BUSINESSMAN 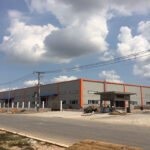 WHAT ISSUES SHOULD INVESTORS PAY ATTENTION TO BEFORE SIGNING THE CONTRACT FOR LEASE OF FACTORY, OFFICE? 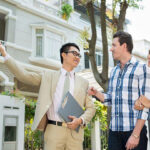 Restrictions for foreign investors in the real estate business 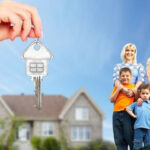 Conditions and procedures for foreigns to buy houses in Vietnam